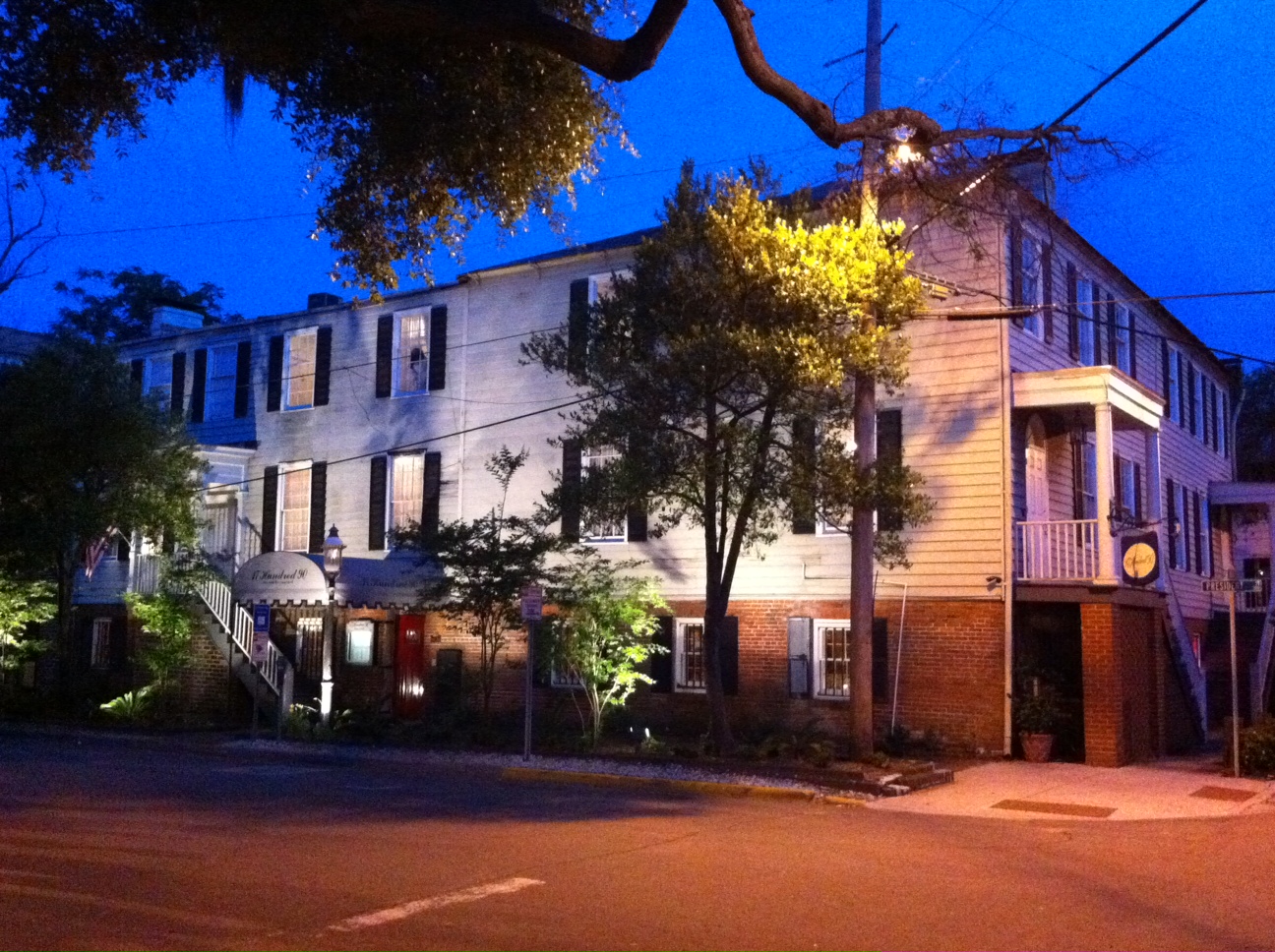 Savannah, Georgia was voted the “Most Haunted City in America” in 2002 by the American Institute of Parapsychology, and whether you believe in ghost or not, you cannot deny the eerie feeling one gets when walking down the shadowy lanes and cobblestone streets. The feeling that you are not alone surrounds Savannah, the feeling that there is someone or something watching you. An invisible presence places a cold hand on your shoulder in order to show you it’s still there, waiting. But which areas in the “Hostess City of the South” are the most haunted? This is the top five most Haunted Savannah locations.

5. Pirates House Restaurant – The Pirates House, located on East Broad Street, was said to have been the inspiration for Robert Louis Stevenson’s “Treasure Island”. When you walk into the Pirates House, it seems as though you have transported back in time to when pirates would pillage and plunder and the lure of the sea called to adventurous young men. One of the more notable features of the Pirates House are the underground tunnels that run from the cellar to the nearby river below. These tunnels were used by nefarious ship captains to kidnap or Shanghai unfortunate young men to be put into a life of hard work upon the high seas. When visiting the Pirates House, you may see the sailor ghost that walks around the restaurant or you may hear the echoes of old sea shanties or the wails of the young men dragged off to serve on a pirate’s ship.

4. Moon River Brewing Company – On West Bay Street sits an imposing building with large green letters written across the front that reads Moon River Brewing Company. This now-busy brewpub was once called the City Hotel in the early 1800’s and hosted thousands of travelers with its southern hospitality. The bar in the City Hotel was a favorite of the Savannah elite and they would meet here to have heated discussions that would sometimes lead to duels. Many people have reported seeing, smelling, and hearing unusual phenomena including fully formed apparitions.

3. Colonial Park Cemetery– This cemetery was founded around 1750. There are over 10,000 graves originally plotted, but less than 600 grave markers remain. This is due partly to the fact that during the American Civil War, Federal troops took over the cemetery grounds during their occupation of Savannah and many of the graves were looted and desecrated. The bored young soldiers would chisel new dates into the stones making it look as though some people lived to be thousands of years old, or that they had children at very young ages. After the war, the city was not sure as to the location of the graves the markers belonged to, so they attached them to the cemetery’s back wall. The overall feeling one gets when walking the twisting paths among the headstones of Colonial Park is one if timelessness. There have been several sightings of children’s ghost as well as a large dark shadow.

2. Sorrel Weed House– This was the very first house to be built on Madison Square in 1840. It was built for Francis Sorrel and his second wife, Matilda. In May of 1860, Maltida Sorrel climbed the stairs to the servant’s quarters over the carriage house to discover her husband and the lead servant, Molly, in the throes of passion. Maltida fled the room crying and threw herself off of the second story balcony attached to the master bedroom. Just two weeks later, Molly was found dead, hanging in the carriage house. Today, one can hear strange noises in the middle of the night, children’s hand prints will appear on the wall in the basement, and objects will be randomly moved throughout the house.

1. Hampton Lillibridge House –The home at 507 East St. Julian Street was built in 1796 by Hampton Lillibridge. After his death, his wife remarried and the house was sold and had several different owners until finally landing in the hands of antiques dealer Jim Williams of Midnight in the Garden of Good and Evil fame. During Jim’s renovation of the home several workers would hear strange noises and voices coming from the empty residence. The haunting soon became more malevolent when a friend of Williams was found on the top level of the home lying face down of the floor paralyzed with fear. During this time that the home was vacant and being restored, neighbors reported hearing a woman scream and seeing a man in a black suit in the window of the house. Lights were seen in the upstairs window casting shadows of dancing figures. Then in 1967, an exorcism was performed on the house by a bishop of the Episcopal Diocese of Georgia. This exorcism did not work as supernatural activity was still reported in the home.

We use cookies to ensure that we give you the best experience on our website. If you continue to use this site we will assume that you are happy with it.OkPrivacy policy