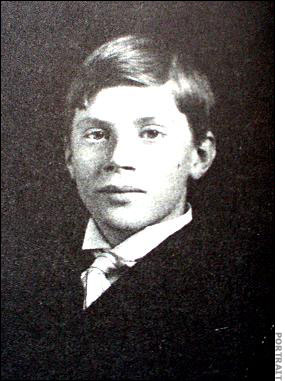 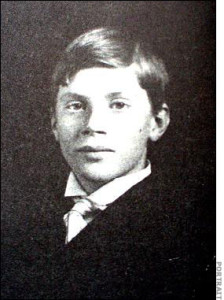 One of the rarely told stories on Savannah Ghost Tours is that of Conrad Aiken. Conrad Aiken was born in 1889 and lived on  Oglethorpe St. in Savannah, GA. Conrad Aiken was the son of wealthy parents who had moved to Savannah, where his father became a highly respected physician and surgeon. He grew up in a household with parents who constantly argued. His father had a terrible mental illness and was always afraid someone in his family would have him institutionalized. If one would simply ask Conrad’s father “How are you?” He would answer with, “For an answer to that question, I have to refer you to my lawyer.”

Conrad’s mother was a socialite who loved to entertain. I believe that both his mother, loving to spend money, and his father’s struggle to make it, is what eventually led to the downfall.

On February 27th, 1901, a young Conrad was in bed listening to his parents arguing about money yet again. He recalled his father counting, “One. Two.Three!” and then his mother screaming as a gunshot went off. The resounding boom being echoed by yet another gunshot. Conrad found the lifeless bodies of his parents and immediately ran down the street to the police station.

Conrad wrote in his Autobiography:
“After the desultory early-morning quarrel, came the half-stifled scream, and the sound of his father’s voice counting three, and the two loud pistol shots and he tiptoed into the dark room, where the two bodies lay motionless, and apart, and, finding them dead, found himself possessed of them forever.”

Now orphaned, Conrad was sent to live with relatives in Massachusetts.

Later in life, Conrad attended Harvard, where he became friends with poet T.S. Elliot. Living back and forth in both England and the United States, he would marry three times. His writings were influenced by Sigmund Freud and, of course, his parents’ deaths. Guilt and a quest for salvation permeated his works.

Knowing that mental illness ran in his family, he was always battling the notion that he too would succomb to madness. In the 1930s his second wife saved him from suicide.

Twelve years before his death, Aiken returned to Savannah and bought the house next door to his boyhood home. He spent a considerable amount of time at the Bonaventure Cemetery where his parents are buried. He decided that when he died, his tombstone would be a bench for others to enjoy.

One day, he was sitting in the beautiful Bonaventure Cemetery, when he noticed a ship going by. It bore the name Cosmos Mariner. He decided to read the local paper and find out where the ship was going, but didn’t have any luck. That incident stuck with him and became his tombstone epitaph: “Cosmos Mariner, Destination Unknown.” 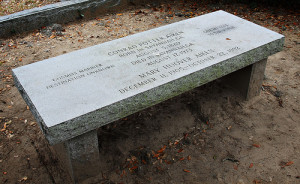 Conrad wrote about his childhood home in his poem, the Coming Forth by Day of Osiris Jones:

The house in Broad Street, red brick, with nine rooms
The weed grown graveyard with its row of tombs
The jail from which imprisoned faces grinned
At stiff palmettos flashing in the wind
The engine house, with engines and a tank
In which alligators swam and stank
The bell tower, of red iron, where the bell
Gonged of fire in a tone from hell

Join us on one of our Savannah Ghost Tours today and walk by the beautiful Conrad Aiken home!