The colorful history of ‘Haint Blue’ in Haunted Savannah 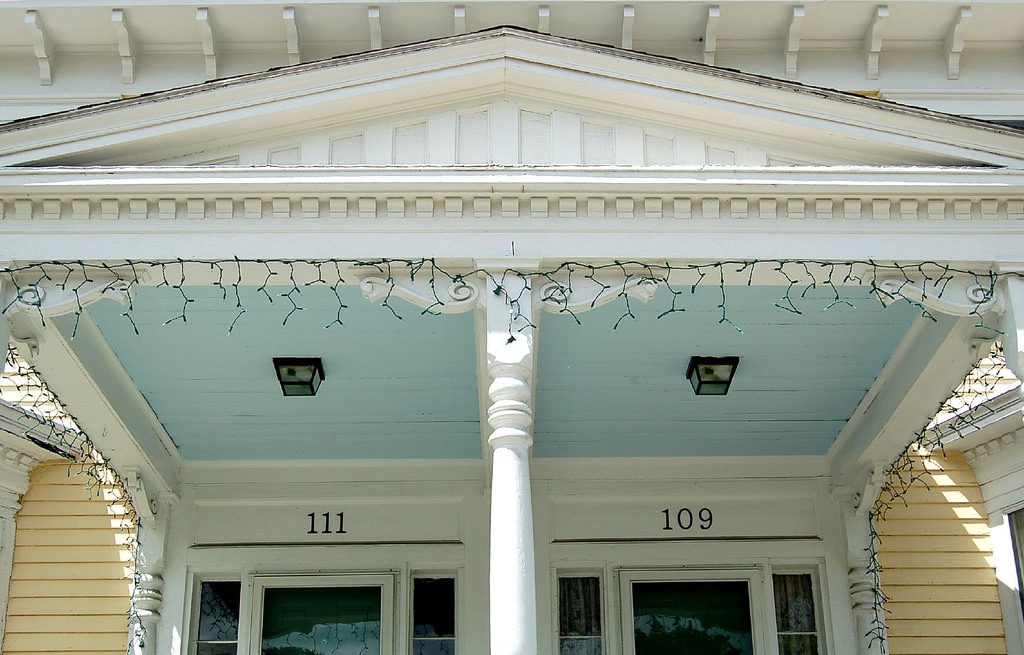 When one walks down the streets of Haunted Savannah, they may notice that many of the homes share a common color, either painted upon porches, doors or window frames. It is a mixture of the bright blue of the sky and the deep green of the ocean. This color is known locally as Haint Blue. 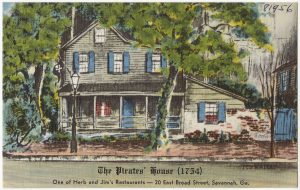 Haint Blue on the Pirates House

The story of Haint Blue is one that is deeply rooted in mythology and is still misunderstood to this day. One common theory states that its roots are in the Geechee culture. The Geechee are an African-American subgroup found mainly in the South Carolina and Georgia low country. They are descendants of slaves with a belief system that is a mixture of African witchcraft and practices from Christianity.
In line with this theory, the tradition of painting sections or even entire homes this shade of blue came from the Geechee belief in witches and “haints” or restless spirits. Tradition stated that these ghosts could not cross water so therefore the blue was believed to repel the spirits by tricking them and keep the occupants of the home safe.

Fortunately, the Geechee may have been onto something by painting their homes Haint Blue. The color is made of a mixture of indigo dye, milk and lime. At the time it was not known that mosquitos were the carriers of yellow fever and, lime being a natural insect repellent, the Haint Blue may have really kept “evil spirits” away!

Today, the color of Haint Blue lives on as a popular choice for porch ceilings with the given reason that it seems to extend the sky and give a comfortable feeling, but we cannot deny that the story behind Haint Blue is a “colorful” story indeed!

We use cookies to ensure that we give you the best experience on our website. If you continue to use this site we will assume that you are happy with it.OkPrivacy policy