Looking for Ghosts in Savannah 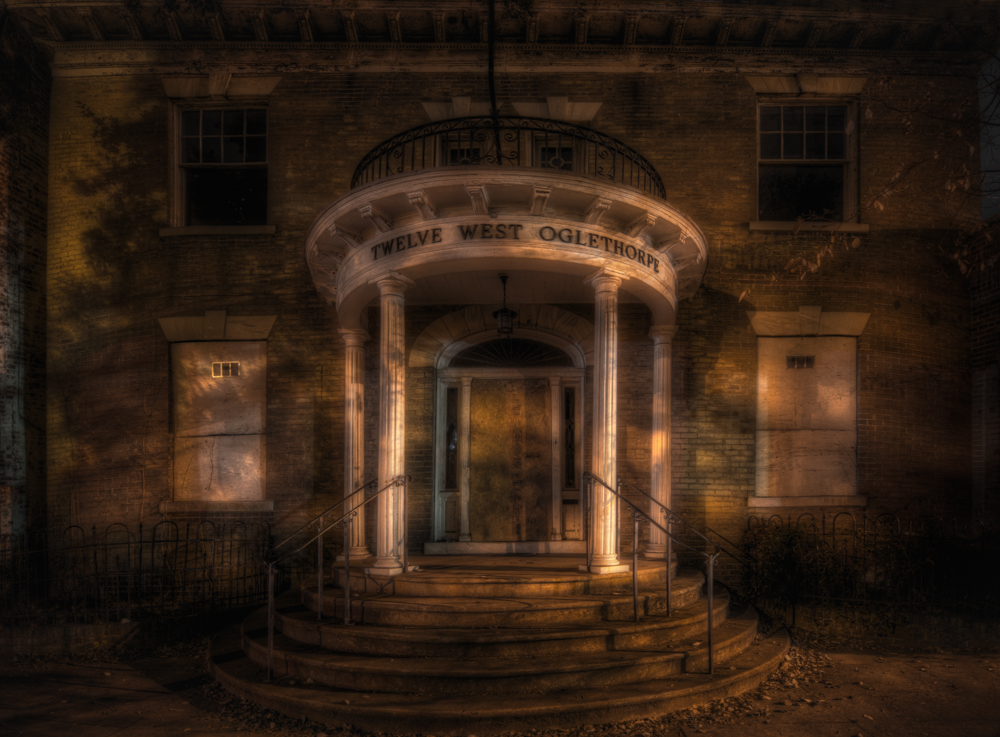 This is the abandoned house at 12 West Oglethorpe in Savannah Georgia.

Looking for Ghosts in Savannah

As a fan of all things ghostly is it hard to think of a better town to live in than Savannah Georgia. Being a ghost tour company operator certainly has its perks as well. For example, I can go look for ghosts in the most haunted town in America pretty much anytime I want. The other night Chris Allen, of Haunted Savannah Tours, and I went out to see if we could get some good EVPs in the Squares.

For about 30 minutes we stayed in Wright Square to try and talk to the spirits which are there. After not much luck we walked over to 12 West Oglethorpe, pictured above. Many people think that 12 West Oglethorpe is a very haunted house. It may very well be, even though most of the stories told about the house are not historically accurate.

Chris and I were standing in the alley behind 12 West Oglethorpe. We were conducted a Spirit Box session without much luck. Hey, it doesn’t always go like the TV programs show, ha. Out of nowhere we both heard a squeaking noise seeming come out of nowhere. It was coming right for us! (South Park reference there) From around the corner of the dumpster appeared an old lady wearing sunglasses, pushing a wheelchair. We both looked at each other with our eyes explicitly telling the other what we were thinking…”WTF?”

This woman seemingly came out of nowhere! Of course she wasn’t a ghost, but it was certainly a creepy encounter none-the-less! It just goes to show that when you go looking for ghosts in Savannah you never know what is going to happen!

After reviewing the recordings is seems as if we did get a few responses during our EVP session at 12 West Oglethorpe. I will let Chris post them if he wants. In the mean-time, if you want to see some of the best ghostly evidence in Savannah, take one of the haunted ghost tours offered here by Haunted Savannah Tours. You will have a blast walking the streets of Savannah in pursuit of a chance encounter with one of our ghostly residents.