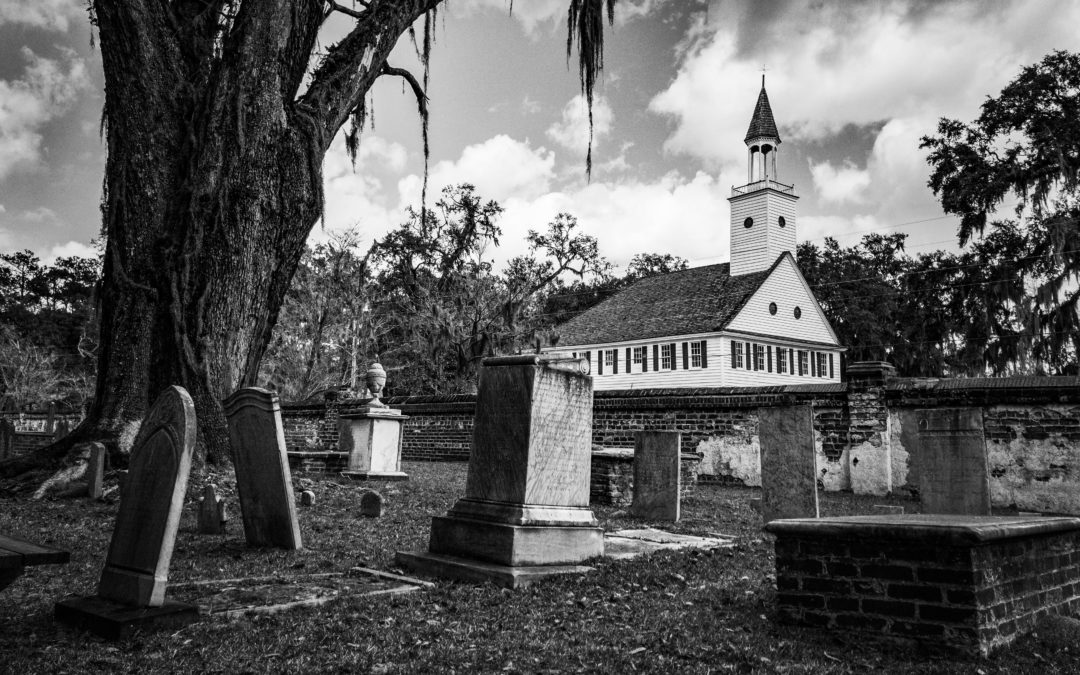 History of Midway Cemetery and Church

Midway Cemetery is a landmark of Southern history in Liberty County, Georgia. The cemetery dates from before the American Revolution and it was added to the National Historic Register of historic places in 1973. The Midway Cemetery is located off of Highway 17 at Martin Road, across the street from the historic Midway Congregational Church. In 1752 the cemetery was established as a burial ground for the Congregationalists who settled in the Midway area, who played a major role in the founding of the United States. Others served their state in the war of 1812 and the Civil War.

It was at the Midway Church that citizens of the area gathered to elect a representative to the Continental Congress in 1775. Lyman Hall, a member of the church was selected a joined Button Gwinnett of Sunbury and George Walton of Augusta as Georgia’s representatives, giving Midway one of Georgia’s largest representation. Hall was one of three Georgians to sign the Declaration of Independence. The Congregationalists of Midway were strong advocates in the cause of American Independence. Many of which paid the price of support with their lives and property.

In November 1778, British forces moved north from East Florida to invade Georgia. Savannah had already fallen and the focus was now on Midway and Sunbury. British Lt. Col. J. M. Prevost ordered widespread destruction and looting of farms and plantations along his route. Midway Church was burned by Prevost’s men as the British withdrew but was replaced with the structure that still stands today in 1792.

A tragedy in the Cemetery

The brick wall that surrounds Midway Cemetery was built long before the Civil War and local legends tell that the wall was built using African slave labor. It goes on to say that the wall was the scene of a tragic encounter involving two of its builders.

There was an argument between the two leading one of the slave workers to kill the other with a brick. Fearing of being caught, he hid his victim’s body inside the brick wall itself, but years later the wall cracked and the bones of the missing victim were found. The wall has been repaired many times, but each time the crack returns. Some say the unfortunate murder victim still haunts the cemetery to this day.

Another ghost story told about the cemetery involves two young people in antebellum-style clothing that some witnesses say they have seen. The two young people have allegedly involved themselves in an illicit affair and had a habit of meeting in secret in the cemetery. She was a young blonde seventeen year old by the name of Sylvia Brown and Anthony (the boy) was one of her father’s slaves.

The story goes that Sylvia’s father had got news of the affair and had Anthony murdered. Sylvia found his body hanging from the tree that the two would meet at. Sylvia then slit her own throat right there at the scene. To this day, visitors to the cemetery still report shadow figures underneath the tree where Anthony was hung.

When Georgia seceded from the Union in 1861, the men of Liberty County turned out as solid support of their state. Although Union warships blockaded St. Catherine’s sound, the war itself did not come to Liberty County until 1864 when General William Tecumseh Sherman closed in on Savannah near the end of his March to the Sea.

Sherman ordered Major General Judson Kilpatrick’s cavalry division to secure his right flank as he was taking Savannah and Fort McAllister. Kilpatrick was called a “hell of a damned fool” and the Union cavalry leader showed it in his treatment of the people living and dead of Liberty County. Murray’s Brigade of Kilpatrick’s Division occupied Midway on November 13, 1864. Kilpatrick arrived and set up headquarters in Midway Church the next day. They turned Midway Cemetery into a corral for their horses using the brick wall to keep the animals from straying. 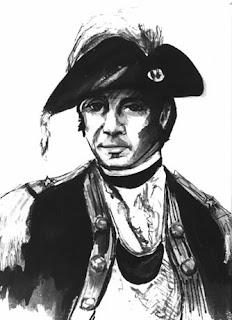 Probably the most famous person buried in Midway Cemetery was an early Radical leader from St. John’s parish by the name of James Screven. He was a hero of the American Revolution and was honored by having a county named after him in Georgia.

General Danial Stewart is also buried in the cemetery. Stewert served in the Revolution as a boy under such leaders as Francis Marion (The Swamp Fox) and Thomas Sumter. But, during the Indian Wars which followed the Revolutionary War is where he distinguished himself.

Georgia governor Nathan Brownson is reported to be buried in the cemetery. Brownson was elected after the fall of Augusta in January 1781. Although Brownston only served four and half months his term is generally viewed as a success because he confiscated Tory property and sold it to buy food and supplies for the Georgia militia and people of the state. Brownson also served a while in the Continental Congress.

Some scenes from the 1960 zombie horror The City of the Dead were filmed inside of Midway Cemetery. The church and cemetery can be seen in the opening scenes where a priest hangs himself from one of the trees. 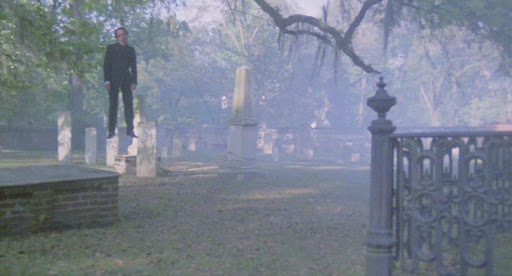 Join us on one of our Savannah Ghost Tours today!