The Savannah Theater: A Rich Heritage and Colorful History of Hauntings 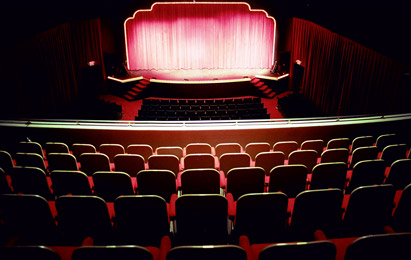 The famous and historic Savannah Theater offers some of today’s best live events, music, and shows. If you have an abiding love of theater, it should definitely be on your to-do list when you visit scenic Savannah, Georgia.

One of the oldest theaters in the United States, the Savannah Theater has been through several incarnations in two centuries of existence. It began as a live theater showcasing the best acts of the day in the footlights. It was a movie theater for a time, screening legendary Hollywood films. In the early 2000s, the theater got back to its roots and reinvented itself as the primary house in Savannah for the best live entertainment.

But be aware that the Savannah Theater is much more than an entertainment venue. With its rich heritage and colorful history of hauntings, it’s also a beloved location for history buffs and paranormal enthusiasts alike. It’s always a favorite stop on Savannah Ghost Tours.

In December 1818, the Savannah Theater originally opened its doors and the area around Chippewa Square hasn’t been the same since. The theater’s first productions were The Soldier’s Daughter, a comedy, and a farce called Raising the Wind.

Renowned British architect William Jay designed the original theatre in 1818. In the next year, he went on to build the beautiful Regency-style Telfair Mansion for successful businessman Alexander Telfair. He also designed the historic Owens-Thomas House, a similarly themed mansion, for banker and shipping merchant Richard Richardson in 1819. 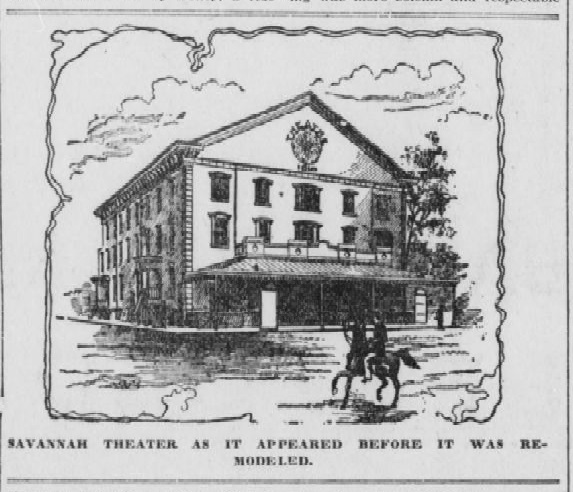 The original structure was three stories of elegance with wrought-iron detailing, ornate windows, and the architect’s own signature touches. Mason Amos Scudder, known for his work on the Independent Presbyterian Church, handled the construction of the theatre. The interior of the theater was overseen by British designer William Etty who was a long-time friend of Jay’s. Etty himself hand-painted many of the interior murals of the theater including crimson panels, green wreaths, and gorgeous gilt eagles.

While the picturesque theater offered a perfect entertainment venue in a popular part of the city, no one seemed to know how to run it for the first twenty years of its existence. It changed hands several times and was auctioned off twice.

In 1838, the theater was acquired by a successful stock company that managed to operate the theater in an organized way to make it profitable. As the South entered the Antebellum era, the theater was a valued source of entertainment. Each night saw large crowds of people there to see top performers singing the most popular songs of the time. 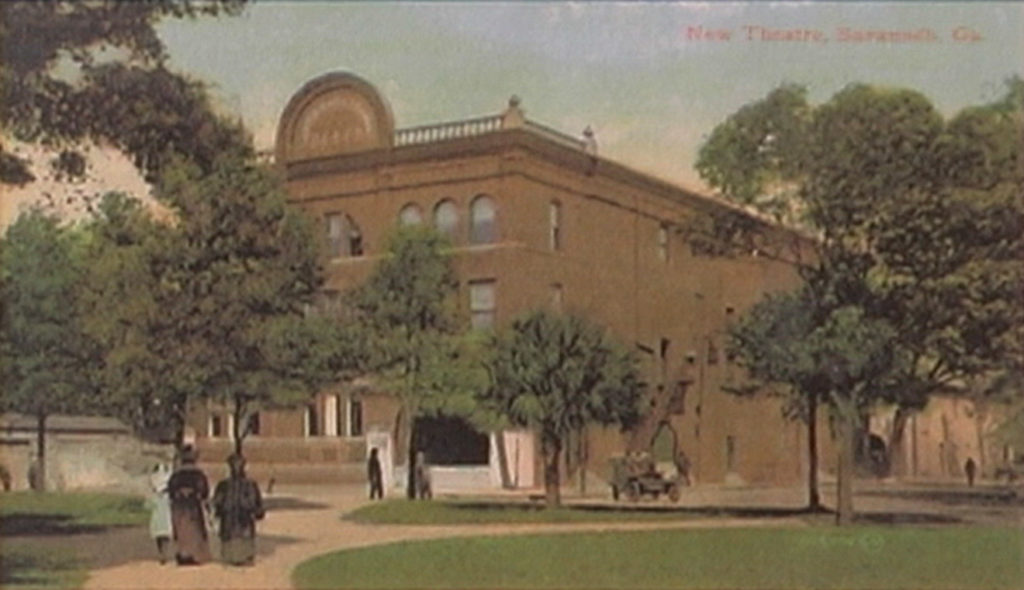 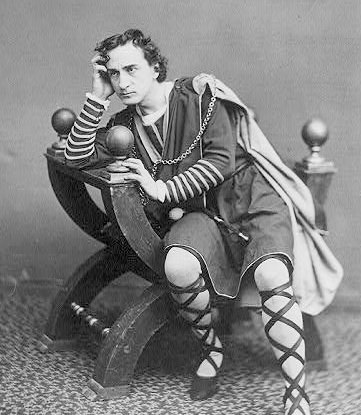 Through the rest of the 19th century, there were performances at the theater from beloved stars of the stage as Sarah Bernhardt, Fanny Davenport, W.C. Fields, Henry Irving, Julia Marlowe, Tyrone Power, Lillian Russell, Otis Skinner, E.H. Sothern, Ellen Terry, and Oscar Wilde.

Another frequent star to grace the theater’s stage was Edwin Booth, older brother of the infamous John Wilkes Booth, himself a stage actor who would go on to assassinate President Abraham Lincoln in 1865. While there’s no documentation to prove that John Wilkes Booth performed at the Savannah Theater, it’s rumored that he performed in a Shakespearean play at least once.

One performance that stood out in the history of the theater was that of Ty Cobb, the famed baseball player also known as The Georgia Peach. Cobb appeared in a performance of The College Widow in November 1911. While he enjoyed his experience on the stage, apparently he wasn’t as popular there as he was on the baseball field.

On the last day of August in 1898, a hurricane ripped through Savannah and the theater was in its path. The roof was torn from the structure while the interior flooded from the torrential rains.

Not long after in 1906, a fire damaged the theatre. For its second rebuild in a decade, the building received a new brick facade. The theater lost the stunning look of the original structure designed by William Jay.

But the show went on and theater continued to be the city’s preferred entertainment venue for cultural celebrations, plays, music, and other live events. At least until 1916. That year, the Municipal Auditorium on Orleans Square opened its door and gave the Savannah Theater a solid competitor. Within months, the Savannah Theater lost some of its patrons to the new venue and lost its status as the primary entertainment venue of the area.

The theater experienced another fire in 1948 that was rumored to have been caused by a curse. The story says that when the theater was originally built in 1818 a penny was placed inside a brick wall and discovered during a later renovation. The penny was given to the theater owner at the time who carried it as a good luck charm. In 1948, the man lost the penny on a trip to New York. The 1948 fire took place right after that loss. 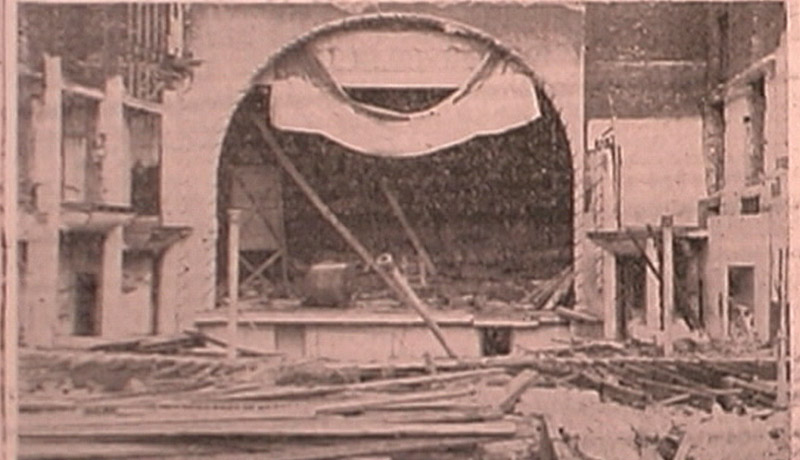 The 1948 fire resulted in another reinvention of the Savannah Theater that was considered a major redesign of the structure. Now fashioned in the popular Art Deco style of the time, the theater reopened its doors as a movie theater. The first film shown on October 21, 1950, was Mister Eighty-Eight starring Burt Lancaster and Dorothy McGuire.

Just as there have been many celebrities to grace the stage of historic Savannah Theater, there are some famous spirits haunting the venue. These paranormal entities are well-known to local citizens and fans of the theater. While there’s no shortage of haunting tales in Savannah, the ones centered around the theater are numerous. Some of the tales go back decades. When you go on the Haunted Savannah Tours, you hear all the best stories of the souls lingering at the famous theater.

There are three spirits that linger around the Savannah Theater stage that are the most popular. It’s commonly believed that all three died at the theater and for individual reasons have been unable to move on.

First, there is Betty. Once an actress at the theater, Betty loved the stage so much that she hasn’t yet managed to abandon it. Many have reported seeing Betty many nights behind the curtains, in her costume, ready to perform for the audience.

There is also a young boy named Ben who allegedly died in the area of the house spotlight of an unknown cause. It’s said he can be found hanging out in the balcony trying to hassle whoever is manning the spotlight. The eternally young and curious Ben is apparently given to mischief and enjoys impulsively playing his pranks on unsuspecting theater employees and others during shows and performances.

A recent house manager at the theater ran the spotlight for a couple of years. More than once she felt as if a child was tugging on her clothing to get her attention. When she looked around, no one was there. She felt that he wanted to help. If the woman told the spirit that they couldn’t help now because she was busy, the activity would stop.

Finally, there’s the infamous Director. Employees of the theater, in particular, are very familiar with the Director who likes nothing more than a little hard-earned recognition for all his hard work. He was said to be passionate about his shows in life and in the afterlife, he’s just as dedicated. It’s said that he can still be heard yelling instructions to actors and giving his critical opinion of their performances. 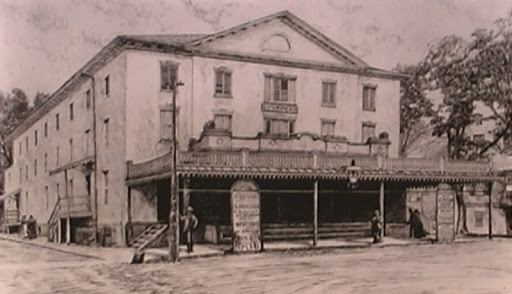 A History of the Paranormal

Reports of paranormal disturbances go all the way back to 1895 when the Savannah Morning News ran a story claiming that local police would hear loud applause and other sounds from the theater at times when the venue was closed and empty. The incidents became so frequent that they started merely noting the disturbances in their logbooks. 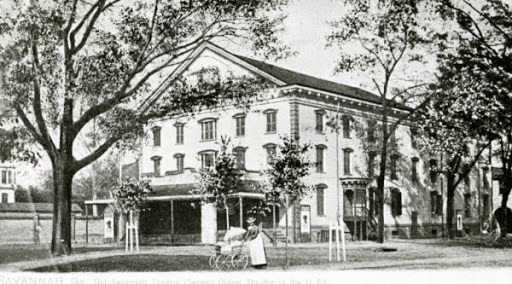 There were other odd evens like a small isolated fire in the dressing room that put itself out and merely burned a hole in the floor.

The dressing room was also the site of another infamous paranormal event. Once before a big show, a group of female dancers was preparing to perform. As they changed into their costumes, they felt as if someone or something malevolent was there watching them. They were so disturbed that they fled the dressing room in all states of undress. Likely to the delight of any male employees or patrons who witnessed the mass exodus.

There have even been paranormal encounters during Savannah ghost tours. in 2007, a woman inside the theater during a ghost tour felt uneasy, as if someone were standing behind her. At the time, she wasn’t in close proximity to the small group of people she was touring with.

The woman frequently glanced behind her, convinced someone was there. Thinking perhaps that her mind had been playing tricks on her after hearing the haunted tales of the tour, she tried to dismiss it. But then the tour guide explained that they had seen a shadow close to her during the experience.

Plan Your Visit to the Savannah Theater

The theater reopened in 2002 as a venue that offered live performances and music, much to the delight of Savannah locals and theater lovers everywhere. Enjoy the performances of the theater and enjoy its rich history through the informative museum-style displays in the lobby.

Then consider  Haunted Savannah Tours to get a behind-the-scenes tour like no other. Learn tales of the spirits that still linger at the theater and hear the accounts of those who have had paranormal experiences there. Just maybe, you’ll have a paranormal experience of your own, safe in a group with experienced tour guides.