Ghost of the Owens-Thomas House 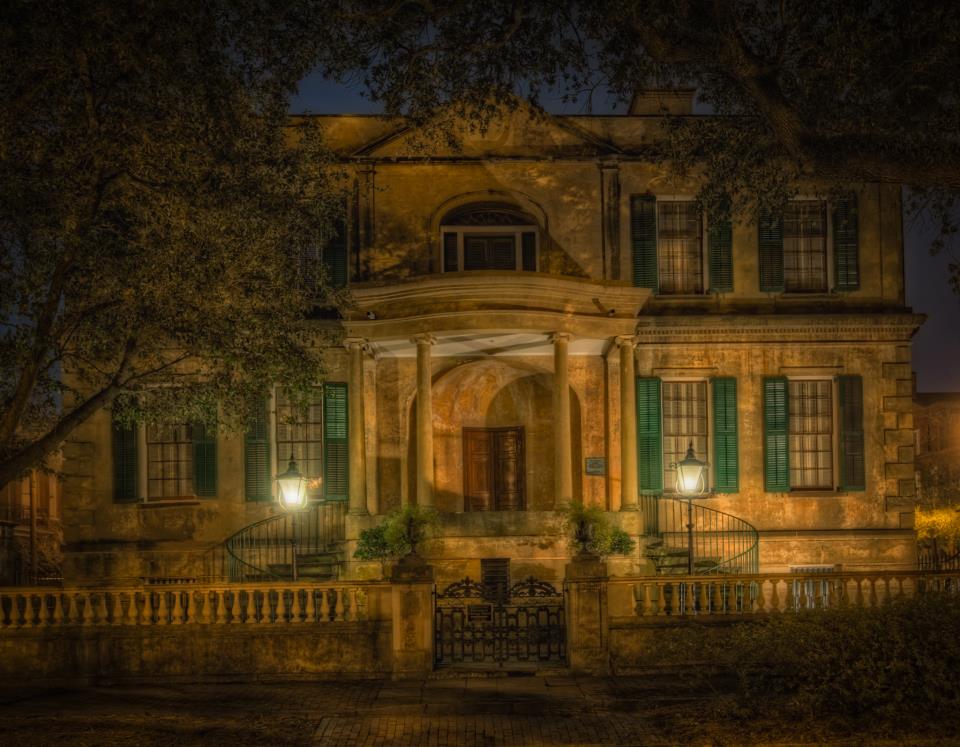 On one of our Savannah Ghost Tours you may notice the grand home looking down on Oglethorpe Square sits as one of the finest examples of Regency architecture in Savannah. The Owens-Thomas house, designed by architect William Jay, was completed for cotton merchant and banker Richard Richardson in 1819. The home is made even more special by its indoor plumbing system that predates those of even the White House by almost fifteen years.

Just after the home was completed, Savannah witnessed one of her greatest tragedies, the fire of 1820. The flames spread throughout the city destroying more than 400 homes and businesses between Broughton and Bay streets. Along with the fire, Yellow Fever was rampant that year, taking the lives of hundreds of Savannah citizens. Just three years after the house was built, it was lost by Richard in the dwindling Savannah economy.

The next eight years the Owens-Thomas house became a boarding house. During this time it would play the host to one of its most famous guest, the Marquis de Lafayette. The Marquis de Lafayette was a French General who played a huge role in the American Revolution and became a hero to the American people. During his visit to Savannah in 1825 he made a famous speech from the balcony on the south side of the Owens-Thomas house.

George Weishman Owens, the Mayor of Savannah, purchased the house in 1830. It would remain in the family for the next 120 years until 1951 when Margaret Thomas, the granddaughter of George Owens, bestowed the home to the Telfair Museum of the Arts and it has sat as a house-museum since that time.

But not all sits quiet in the Owens-Thomas house as told on a Savannah Ghost Tour. There is said to be lingering spirits of previous inhabitants that roam the halls and rooms. Usually seen standing in the corner of the front parlor room, a gentleman in 1830’s clothing will watch the guest walk through the home, he will then turn and walk through a wall where once sat a guest room.

Objects throughout the Owens-Thomas house have been known to move around. Staff of the house has reported a certain dining room chair that will always be pushed away from the table which is set up to display with period dishes. Perhaps someone is still trying to find a meal!
If one would visit the Carriage House behind the Owens-Thomas house, you may be surprised to find the second floor ceiling painted a beautiful light blue color called Haint Blue. (Please, read my article on Haint Blue to find the amazing history and purpose of this color.)

Probably the most famous spirit at the Owens-Thomas house would be the Lady in Gray. Margaret Thomas was very fond of her garden and would go out nightly for a stroll and tea, usually dressed in her customary gray shawl and large hat. The Lady in Gray can still be seen wandering around the courtyard as the light fades and night takes over. 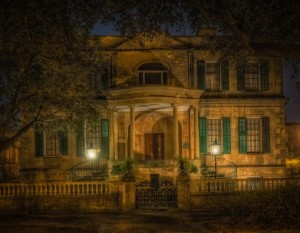 The Owens-Thomas house sits as a prime example of Savannah at her best. It is no wonder the spirits of her past residents never want to leave!

So join us on a Savannah Ghost Tour today!